Before you read on, if you are new to the maine coon cat breed, you might want to check out my maine coon guide which provides a detailed overview of the breed.

The maine coon cat is one of the oldest natural breeds originating from North America, and is known for their large size, thick and fluffy coat, and distinct wild and rugged look. You might have even heard of their dog-like personality which is one of the reasons they are so popular.

In this blog, I  will explore the characteristics of female maine coon cats and you can decide for yourself if they are more affectionate than their male counterparts.

I will reflect on my own experience, and look at scientific studies, breeder’s observations and other owners’ experiences to better understand the topic.

There is no one answer that fits all as to why certain cats, including female maine coon cats, are more affectionate than their male counterparts.

Some experts believe that a cat’s temperament is influenced by a combination of genetics, socialization, and environment. Additionally, it’s important to remember that each animal has their own personality and it’s not possible to generalize the entire breed.

Each Maine Coon cat brings their own unique qualities and quirks, regardless of sex, so regardless of what gender you choose, you are sure to be showered with love and affection.

With that being said, however, let’s look at the most common reasons why female Maine Coon might be more affectionate.

In general, a well-socialized cat is one that is exposed to a variety of people, animals, and environments during its critical socialization period, which is typically between 2 and 7 weeks of age. This early exposure can help the cat to develop a positive and relaxed attitude towards new experiences and people. They are also more likely to grow up to be friendly and outgoing adults.

It is also important to note that socialization isn’t a one-time event, it’s a continuous process throughout a cat’s life. As long as the cat is exposed to new experiences and people, it will continue to adapt and be more sociable.

One possible reason why female maine coon cats may be more affectionate than their male counterpart is that they are well-socialized and have had positive interactions with humans from a young age.

If you are a maine coon owner already, you will know already that the breed in general, is known for its friendly and sociable personalities. They are known to be great with children and other pets, and they enjoy spending time with their owners.

Female maine coons are particularly known to be well-socialized, meaning they are comfortable interacting with other cats and people, perhaps more so than the male maine coon. Additionally, the breed itself is known for its gentle and affectionate nature which could also be a reason for its friendliness.

However, it is important to keep in mind that each cat is an individual and can have different levels of sociability. Some female maine coons may be more outgoing and sociable, while others may be more reserved and shy.

It took several months, close to a year for my female maine coon to be comfortable with us. She kept her distance and approached only on her own accord. However now, she is super affectionate and loves to come up for cuddles. Patience is very important with a maine coon, especially a kitten.

Female maine coon cats may be affectionate is that they have a strong desire for human companionship. This could be due to their genetic makeup, as some cat breeds are known for being more social and interactive with humans than others.

Additionally, if a female maine coon cat has been raised in a household where she is given a lot of attention and affection, she may come to associate humans with positive experiences, which can lead to her becoming more affectionate. Female maine coons are known to crave human companionship and can be particularly affectionate and nurturing towards their owners.

Their strong desire for human companionship is rooted in their history as a working cat breed. They were originally bred to hunt and work alongside humans on farms and in homes, which has resulted in a strong bond between the breed and humans.

It’s no surprise that female maine coons have a strong desire to be near their owners and may follow them around the house or seek out their attention.

Each cat is an individual and can have different levels of socialization and affection. Some female maine coons may be more outgoing and sociable, while others may be more reserved and shy. However, most of them crave human companionship and enjoy spending time with their owners.

Female Maine Coons have a strong maternal instinct because they are naturally inclined to care for their young. The maternal instinct is an innate behaviour that is present in most mammals, and it is responsible for the nurturing and protection of their offspring. In cats, this behaviour is triggered by hormonal changes that occur during pregnancy and after giving birth.

If you already own a female maine coon like myself, you might have already noticed that they have a strong maternal instinct. This is why.

Do you feel that your female maine coon has a strong desire to care for and protect its human “kittens,”? They are used to being around and taking care of others, so they may tend to be more social and interactive with humans. This trait may be passed down to the next generation, making them more likely to be friendly.

An interesting fact you may not know is that a female cat’s maternal instinct can be triggered even if the cat is not pregnant. This is known as pseudopregnancy, which happens when hormonal changes in the cat’s body mimic the changes that occur during pregnancy. This can cause the cat to display behaviours associated with motherhood, such as lactating and caring for inanimate objects as if they were their kittens.

You might have noticed that your female maine coon cat loves to play. In my case, Lagertha loves to play fetch, and she could play it all day long.

Maine coon cats, in general, are known for their playful and curious nature. They enjoy playing with toys and exploring their environment. Female maine coon cats have similar personalities.

Playing fetch is a natural hunting behaviour that can be taught to cats and they may enjoy playing it. The game of fetch involves throwing a toy and having the cat retrieve it, this can be a great way to entertain your cat and also to provide them with physical and mental stimulation. Cats have different personalities and interests however, so not all cats will enjoy playing fetch. Some female maine coon cats may enjoy playing fetch and be very good at it, while others may not have as much interest in it.

Playing fetch can be a great way for cats to bond with their owners. As you spend time playing with your cat, you can get to know each other’s personalities and preferences. This can also help to strengthen the bond between the cat and the owner.

Female maine coon cats are often known to be more affectionate and attentive to their owners, and they may be more likely to cuddle and seek out human interaction.

Oxytocin is a chemical that is produced in the brain and is associated with social bonding and affection. Studies have shown that when a cat is petted or stroked, their brain releases oxytocin, which can lead to a feeling of relaxation and contentment.

Research has shown that not only cats but also other animals such as dogs and even humans release oxytocin when they are petted. This is because the act of petting triggers the release of oxytocin in the brain, which can lead to a feeling of relaxation and contentment.

In conclusion, the belief that female maine coon cats are more affectionate than male maine coon cats is largely based on observations and personal experiences of cat owners and breeders. There are several factors that can contribute to this perception, such as hormonal differences, maternal instincts, socialization, and gender-based stereotypes.

It’s important to note that while these factors may contribute to the perception that female maine coon cats are more affectionate, each cat is unique and may have different personalities and behaviours. Therefore, it’s essential to observe and interact with a cat before making a decision to adopt one. 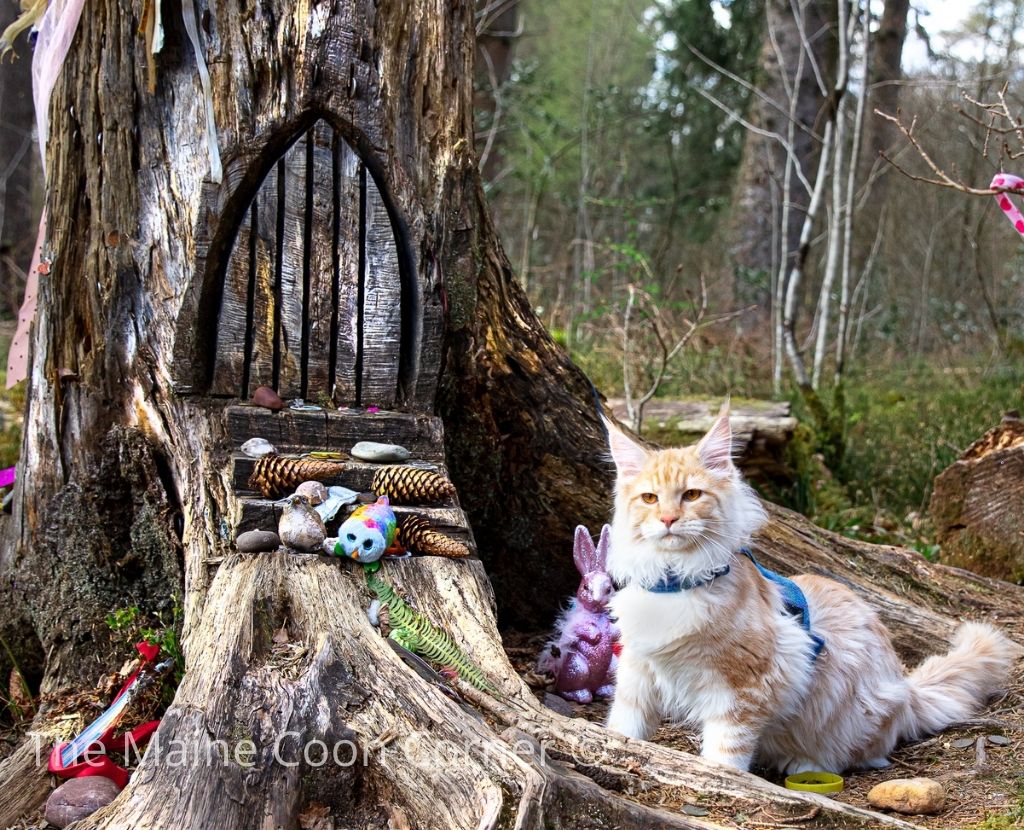 Welcome to the Maine Coon Corner

Welcome to the Maine Coon Corner! I'm Tina, and I live in Scotland with my husband, and our two beautiful Maine Coon cats- Ragnar, 14 months, and Lagertha, 8 months. I'm a Marketer who loves to blog and so I have created this peaceful little space on the internet so you can sit back and relax, and read up on the amazing Main Coon breed. If you would like to keep up to date with the daily adventures of Ragnar and Lagertha, please do follow us on Instagram.

We ask you to assume that every single link on this website is an affiliate link, meaning that if you click on it and buy something from the website, we will make a small commission from the sale. There is no additional cost to you whether you buy through the link or directly from the third party website. So we are not making profit at your expense. The Maine Coon Corner is committed towards helping you find products and services which may be of interest and earning a commission allows us to keep generating quality content for all our users.

Manage Cookie Consent
To provide the best experiences, we use technologies like cookies to store and/or access device information. Consenting to these technologies will allow us to process data such as browsing behavior or unique IDs on this site. Not consenting or withdrawing consent, may adversely affect certain features and functions.
Manage options Manage services Manage vendors Read more about these purposes
View preferences
{title} {title} {title}